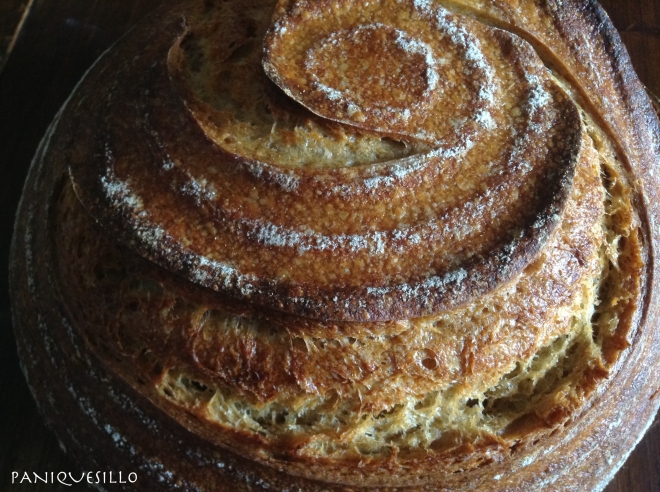 ‘Paniquesillo’ is the Spanish name for the plant shepherdscress, but it also can be translated as ‘bread and a little cheese’, which happens to be one of my favorite meals.

At some point early in 2013 I decided to bake my own bread. It had nothing to do with health or ecological concerns (although later on they became important issues). Rather, it was a question of flavor. The bread I bought was tasteless, lacked any aroma and kept well for only a few hours (if any).

Late in 2013 I started a blog to write about the breads I made and also to describe some little ‘research’ projects where I compared different flours, preferments and processes. All posts have been written in Spanish, my mother language. Now, I feel it is time to grow and make the blog readable to a wider audience. I will translate into English some of the most visited posts, and also publish new posts in both languages when the topic could be of interest to home bakers abroad. Please feel free to suggest posts to be translated. I apologize beforehand for all the grammar mistakes I will certainly make.

I use an iPod touch A1421 for my pictures. No filters or editing of any kind.

I live in Granada, in Southern Spain, where I work as a Biochemist and Molecular Biologist. I wish you many happy bakings from this corner of the world.

[…]cut for yourself, if you will, a slice of bread that you have seen mysteriously rise and redouble and fall and fold under your hands. It will smell better, and taste better, than you remember anything could possibly taste or smell, and it will make you feel, for a time at least, newborn into a better world than this one often seems